Pandaman race has been online for a while. People are loving them. We received many questions about those cute but lethal warriors. So today let's talk only about Pandaman. We will reveal the mechanisms, details, and some more secrets! (1) At the beginning of the round, there is a 10% chance to invite a Pandaman or to recruit from the chess pool a chess piece. The recruited chess piece is of the same race as any deployed chess piece.

(2) At the beginning of the round, there is a 25% chance to invite a Pandaman or to recruit from the chess pool a chess piece. The recruited chess piece is of the same race as any deployed chess piece.

Q: I can't find the 3-cost Pandaman in Chess Store!

A: Heaven Brew (the 2-cost Martialist) can be found in Chess Store, while the Thunder Trace and Ember Blade can only be invited by the Heaven Brew.

Q: Can this synergy be activated on the bench?

A: No, you need to put the Pandaman on your battlefield.

Q: Does the Pandaman have to survive at the end of a round to trigger the invitation?

Q: Will they invite pieces even my bench is full?

A: Yes, they will! If your bench is full, it will be invited directly to your battlefield.

Q: Same chance to invite Pandaman and other races?

A: No. There's a 75% percent to invite pandaman, and 25% to invite other eligible pieces.

So if you see another player has 5-cost pieces on Round 4, the guy's lucky enough.

Q: Are those pandamen in the public chess pool?

A: Heaven Brew is in the pool, but the other two are not.

Q: When should I stop fishing? (Some communities call it "fishing" when waiting for one pandaman to invite another)

A: When most players have reached Lv.8 and you still do not have all three pandamen, you may need to change your lineup.

Q: Should I put all three pandamen together on the board?

A: That will be good. Three pandamen can trigger the highest level of synergy and you will have more chances to invite other pandaman. Also, the Martialist class will let the pandamen share the damage taken, this will make Heaven Brew more tanky. You can go Pandaman-Beast, Pandaman-Assassin, Pandaman-Mage, etc. when you have all 3 pandamen. 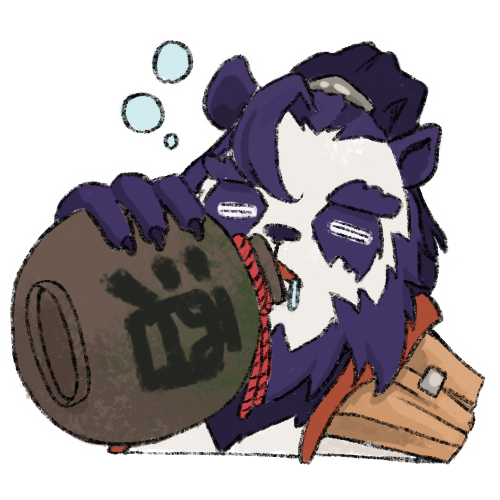 -Class: Martialist (1) When an allied Martialist is attacked, 30% of the non-pure damage received will be turned into pure damage and be equally shared by all allies of the same race as this Martialist. (The shared damage will not lead to death.)

-Ability: Drunken Dream Sprays wine into an area, the wine drop will attach to the touched enemies for 5 seconds. During this period, there is a [30%/40%/50%] chance that the enemy’s attack can be evaded. The wine drop will be ignited when the enemy is injured by abilities, deals [100/150/200] damages in total, and prolongs the attaching time of the wine drop by [3/4/5] seconds.

He is a tank and disabler, the evade chance can be stacked with other same effects. E.g. 50% evade+ 20% evade will be 60% chance to evade. (See our previous Drodo quiz to understand how to calculate.) He is also the engine of Pandaman, just put him on the battlefield if you want to play the Pandaman lineup!

Put the Heaven Brew on the front line and give him more defensive items to make him a reliable tank. -Ability: Ball Lightning Turns into a ball lighting, charging across the chessboard. Deals a minimum of [40/65/115] magical damage to enemies on his path. The damage is increased by [40/65/115] for every one grid he passes. Resets the ability CD time immediately when killing an enemy.

His ability works more like Water Spirit, and the CD refresh mechanism makes him a more scary reaper.

But he's a Pandaman, and this will impact the Divinity synergy, so he can't be a replacement for Water Spirit. Put him into mage lineups, and he can make tons of damage.

Give him the mage items like Pulse Staff, Teleport Dagger, etc. -Ability: Catching Fire Attacks all enemy units in the target area, then returning to his start location. Deals [100/200/400] bonus physical damage each time. Resets the ability CD time immediately when killing an enemy.

Ember Blade is invincible during his ability. He randomly attacks the enemies within a range and these attacks can trigger special attack effects like Maelstorm. Additionally, the ability can deal bonus physical damage, and this part of damage can also crit if he's wearing Crystal Sword, Dragonbone Ballista or the Assassin synergy has been activated.

Ember Blade can deal massive damage to the enemy team, and the ability makes him survive longer on the battlefield. But he will be countered by Doom and single-target physical carries like Avenge Knight, Fallen Wither, and Ambyssalcrawler.

Give him all your physical damage items and make him a real killer. Axe of fury and Dragonbone Ballista will be his favorite.

(Actually, he might be too strong, and we have noticed...Ahem!)

That's all of it today! Enjoy the Pandaman team now!