The Final 32 of Auto Chess Invitational 2019

From eight regions, hundreds of rounds of open qualifiers, and nearly a thousand games, 32 top players stood out from tens of thousands of chess players with their superb chess skills and won their tickets to the Shanghai Finals. From October 25th to October 27th, the final competition will be held in Shanghai Super Brand Mall to launch the final sprint to the world champion and the 1 million dollars prize pool! 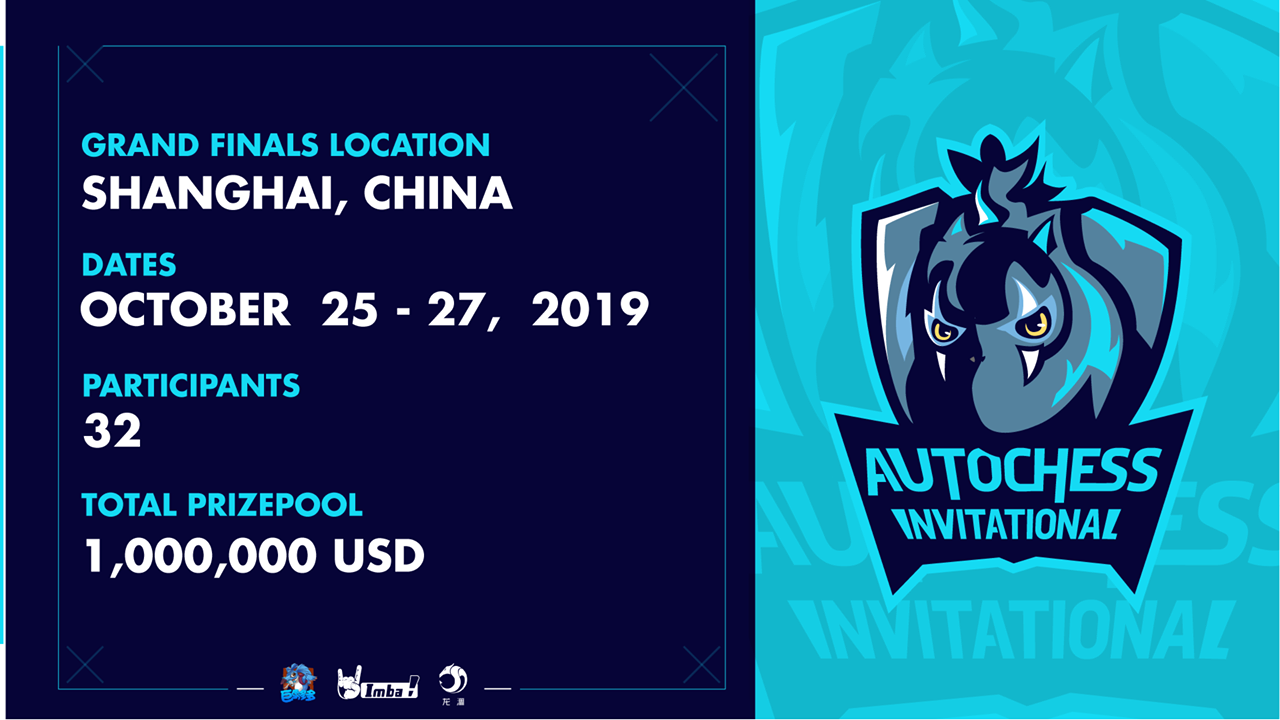 Qiuri representing China has scored a lot of good results on various tournaments. As the first place of Imba Auto Chess tournament and the second place of Duoduo Auto Chess invitational, hopefully he will also be able to perform well in this event!

Jinsoo from South Korea has won the top 8 of the 2018 Hearthstone Summer Championship, and he is also currently rank one on Korean Auto Chess server.

Anatoliy Tsoy (MissPeac) from CIS region is also a Hearthstone player. He is confident in his first Auto Chess tournament and is eager to improve his skills on the international stage!

All the talents gathered in Shanghai, who will win the world title and the highest honor for their own competition From October 25th to 27th, please follow Imba Douyu stream: 5503078 to enjoy this e-sports moment!

In addition, the chess players who go to the scene to watch the battle will have the opportunity to win a lot of gifts - exclusive T-shirt, hoodies, couriers and a chance to win an iPhone 11 Pro! You can also participate in the offline card trading event to redeem in-game candies and rare Chess boards!